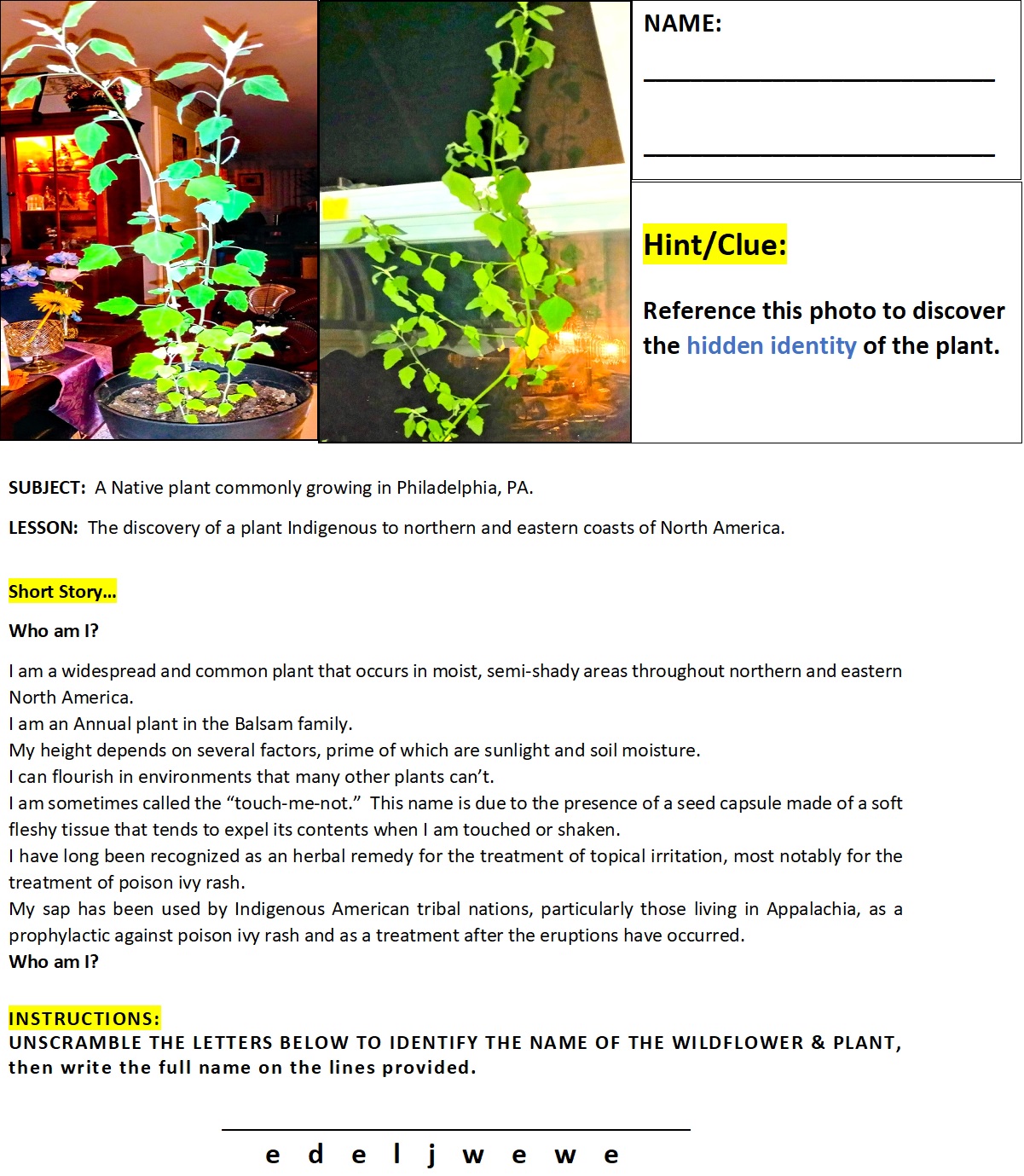 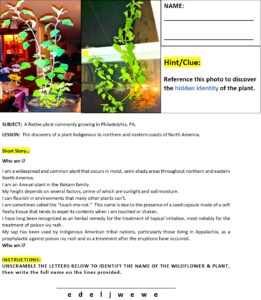 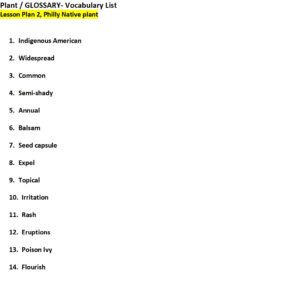 *Special note:  Reference both photos (see attached picture files) to discover the hidden identity of the plant.  The plant photos are merged within a text document.  Also, reference the plant glossary vocabulary list for more in-depth insight and meaning about plants and the hints provided in the short story to aid you in discovering the identity of the feature plant.

SUBJECT: A Native plant commonly growing in Philadelphia, PA.
LESSON: The discovery of a plant Indigenous to northern and eastern coasts of North America.

Who am I?
I am a widespread and common plant that occurs in moist, semi-shady areas throughout northern and eastern North America.
I am an Annual plant in the Balsam family.
My height depends on several factors, prime of which are sunlight and soil moisture.
I can flourish in environments that many other plants can’t.
I am sometimes called the “touch-me-not.” This name is due to the presence of a seed capsule made of a soft fleshy tissue that tends to expel its contents when I am touched or shaken.
I have long been recognized as an herbal remedy for the treatment of topical irritation, most notably for the treatment of poison ivy rash.
My sap has been used by Indigenous American tribal nations, particularly those living in Appalachia, as a prophylactic against poison ivy rash and as a treatment after the eruptions have occurred.
Who am I?

INSTRUCTIONS:
UNSCRAMBLE THE LETTERS BELOW TO IDENTIFY THE NAME OF THE WILDFLOWER & PLANT, then write the full name on the lines provided.

What Will You Learn?